Want to create a team or share a project ?

I’ve been working with others to try and digitally preserve copies of a great old Australian video game electronics magazine called MegaZone that covered PC & Amiga (with a particular focus on point & click adventures), Atari, Nintendo and a lots of SEGA stuff (it eventually became SEGA only in its final years).

At this point in time 42 of the 56 issues have been found and scanned by various collectors and myself leaving 14 issues still missing, all from the magazines earliest years. Many of the magazines found are missing their posters and some occasionally had supplement mini books that may be missing too. We’re also trying to digitize any MegaZone TV commercials out there on old VHS video cassettes as we have rescued 2 but know there are more (I remember seeing more as a kid).

More info about what MegaZone is and how people can help here:
https://blakessanctum.wordpress.com/201 ... your-help/ 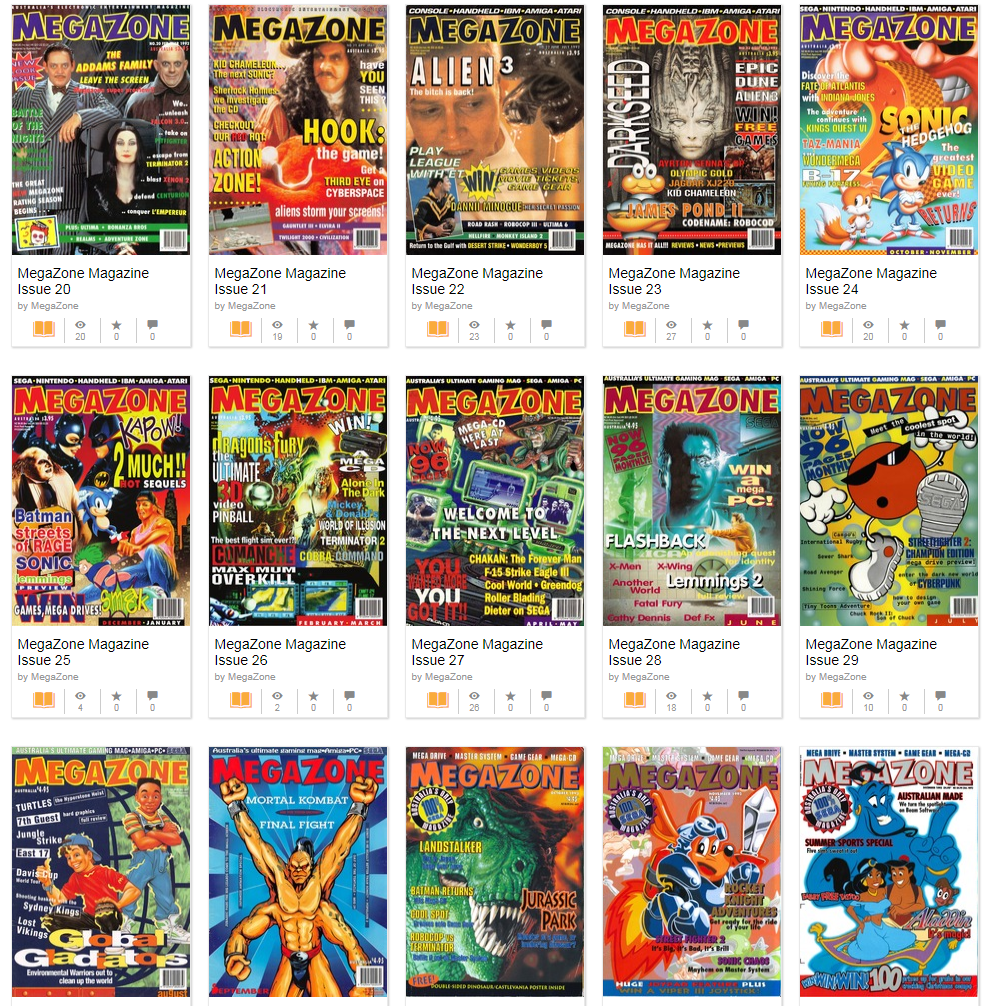 Small update guys.. finally my efforts have netted a new find. A fellow named Colin contacted me over email and informed me that he has two MegaComp issues (pre-MegaZone Issue 2 and 4) and the first MegaZone along with several more early issues from 1990 (Issue 5 and what we believe is Issue 7 and 9). He's sent me pictures of all the covers however so far he's only scanned one mag for me and I haven't heard from him for a while since sadly

so fingers crossed he does the others eventually. That one mag was MegaComp Issue 2 and sure enough it mentions the name change from MegaCom (Issue 1) which confirms the NLA records. The scan is not of the best quality but beggars can't be choosers so I've added it to The MegaZone Archive ! 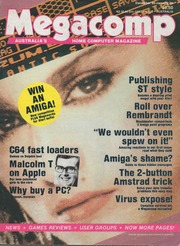 Another fellow recently posted a comment in one of my other threads about this search claiming that Issue 56 was not really the last one and that a few months later another issue appeared and that a letter he wrote to them was in it. I find that hard to believe as Issue 56 clearly states that it's the last plus I was a subscriber and the only thing I got sent to me from them after Issue 56 was a cheque in the mail refunding me the rest of my subscription lol!

On and yet another fellow sent me pictures of some sort of Sega bucket (called Mega Booster Pak) promotion that was associated with MegaZone. I can't see the word MegaZone written on them anywhere so I'm not sure about adding them to the archive at this stage. Maybe they were more of a Sega Club thing?

And finally I also saw some more little supplementary 'Mini Megazone' fold out booklets (similar to my one pictured below) on ebay recently. However the seller wanted 80 bucks EACH for them though so no one bought them. :/ In the end I just took his pictures from the sale, maybe I'll fashion them into something for the archives. 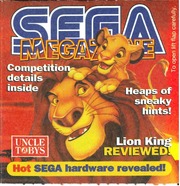 Time for another update as we’ve had some great new developments on the SEGA MegaZone Preservation Archive Project ! Unfortunately Colin is having some problems with his scanner so I still don’t have all the issues he offered however others have come forward and I’ve been able to score some big additions to the The MegaZone Archive !

First I’ve gotta start with the best one. Big thanks to Minuous over at the English Amiga Boards for letting me know plus David & his friends over at DLH’s Commodore Archive for uploading the file and giving me permission to copy, because I HAVE OBTAINED ISSUE 1! Yes really, the first issue from the late 1980s that started it all! And sure enough as suspected issue 1 was called MegaCom without the P on the end (before it was changed to MegaComp and then MegaZone). 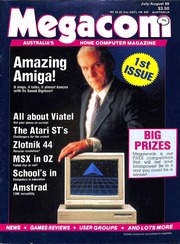 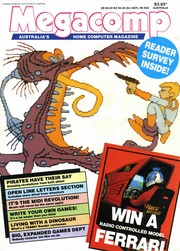 Then I got lucky on ebay when I saw someone was selling a massive collection of MegaZones and I noticed 2 of them I didn’t have in my physical collection, Issue 9 and Issue 22. So I contacted the seller and negotiated them taking those 2 out and selling separately to me! Issue 22 is already in the online archive however Issue 9 is not! So I’ve scanned it in high quality and added it to the collection! Love that Arnie Total Recall cover! And finally, as mentioned in my last update I’ve also managed to bag some more super rare MegaZone subscription & game catalogue foldout booklets. They were being sold on ebay or an utterly ridiculous price I was unwilling to pay. The seller had no interest in dropping the price however thankfully they did complete scans of ever page for the sale pictures. This allowed me to download them, rotate them (they were all wonky), and clean them up a bit to make them readable. They’re far from perfect but they’re readable which is the important thing. I’ve labeled them as Issue 5 and 20 supplements however I’m only guessing which issues they came with due to their similar content (Issue 5 the first MegaZone is still missing from the archive but Colin has sent me it’s cover).

There are now only 10 issues missing from the MegaZone preservation collection (issues 3, 5-8, and 11-15)! Well most likely 10 lol as there may be a mythical Issue 57 out there! A fellow on this forum claims the summer issue 56 was not really the last despite the issue saying it was and all subscriptions (including my own) being canceled and refunded. He says a final issue 57 showed up at news agencies however he’s sadly lost his copy. Can anyone else confirm this mystery issue exists? Anyway, big thank you to everyone for their help! Make sure you visit the The MegaZone Archive to see these latest additions.