For anything related to VDP (plane, color, sprite, tiles)

Here comes another "how would you do that ?" post

I'd like to add a torch effect on my game, when you're on a cave.
By torch effect, i mean this circle around when everything (tile/sprite) not INSIDE it won't be visible.
Something near 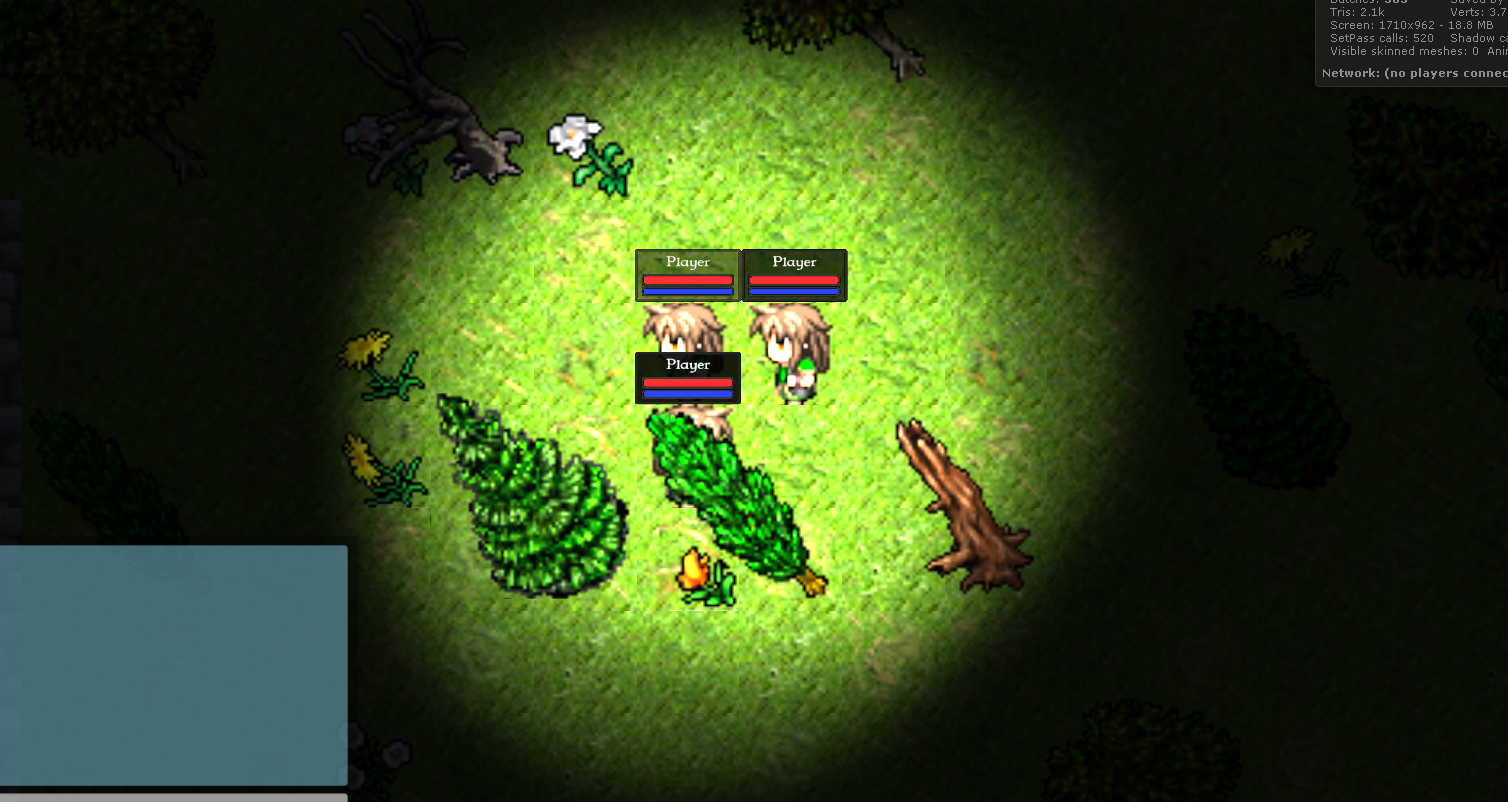 without the blur effect of course

I assume i add to use a plan with a hole on it, and handle priorities BUT i wonder if it could also be done by sprites, using shadow/hightlight ?
Top

Mickey Mania do it without any effect and works okay for me
https://youtu.be/iL6xnm5pJIM?t=1093
Top

That's the SNES version though (SNES has it easy)... here's the Mega Drive counterpart
https://youtu.be/6znkZOa5EBE?t=817

The question is whether you want to waste a plane or not. Wasting a whole plane on it makes things much easier, but it means no parallax (or minimal one, if aided through sprites or software rendering the parallax). That said, using sprites for a cutout is probably even less flexible because of sprite bandwidth (in fact, at the top and bottom borders you'll actually be unable to render sprites).

Another alternative (which I recall seeing in a PC Engine game) is to rewrite the tilemap as you move around to darken tiles that are further away. But that's relatively low resolution and eats up palettes (neither are an issue on the PCE since you can waste palettes and using many of them for blurring helped make up for the low resolution... but this is a MD we're talking about). Alternatively you can use different tiles instead of the same tile with different palettes, at the expense of more memory. Either case this is horribly cumbersome to do.
Sik is pronounced as "seek", not as "sick".
Top

As the image you post no. Other sprites will be not obscured or, totally hidden while the scenario remains visible.

But you can do it with normal sprites.
Help. Spanish TVs are brain washing people to be hostile to me.
Top

It is not exactly the same, but you can keep the two planes using h/s, like in The lost World https://youtu.be/VPzKP8zubs0?t=1h53m36s. The only thing is i don't know how they do it

The man who moves a mountain begins by carrying away small stones. Confucius, 551-479 BC
Top

Also notice you can do it all, including the "blur effect", with palettes. In fact, palettes are the most powerful technique there is, most of the timer overlooked because they are easy.
Help. Spanish TVs are brain washing people to be hostile to me.
Top
Post Reply
6 posts • Page 1 of 1