Japan is back ! Woman at work!

Japan is back ! Woman at work!

Awesome! Very neat demos. The Genesis hardware overview there, while in Japanese, is fantastic and very stylish!
Genny Wars (Someday..

I tried to make contact... hoping to get an answer. I used my sound engine as "bait"

The pringles game looks fairly impressive. Reminds me a little of Cool Spot.

I wonder if it is for a competition or something.
Top

after making some contact, there's now ROMs of some stuff on her site... no ROM of the pringles game though... and no more mail too....
Mida sa loed ? Nagunii aru ei saa

Works great on real hardware - I ran it on my Neo Myth on my CDX. No music though.

But it's like potato chips - you can't stop at just one (level).

I played the Pringles game recently, and damn, is it addictive or what? You just have to play until you get an "A" on all stages. Too bad it's so short and there's no music. This could have easily been a genuine game back in MD's heyday. After all, we've had Cool Spot and the McDonald's game [which is pretty damn cool as well, no matter what anyone says].
Top

I wonder how she managed to generate such a great zoom http://68000.web.fc2.com/demo.html
Top

Where does it say the coder is a woman? I checked out MtChocolate's Mixi [a Japanese Facebook of sorts] profile and it says it's a 31 year old dude.
Top

In some vids the fingers has woman nails, thats how I guessed.
Nice surprise, I love the

I just noticed he/she's back with another game, and once again it is very good stuff for a beta ! 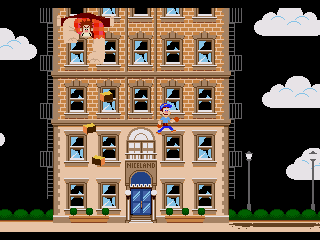