I've been sharing this link all over the place but since my game was born and raised on SpritesMind and AssemblerGames, I felt a more personal touch would be appropriate. If you track back through my post history, you'll find my very first request for helping moving one register to another!

I won't be sharing any code yet since you'll all laugh. Parts of this engine date back to when I was learning 68000 and are in dire need of a rewrite, now that I know what I'm doing.

Thank you immensely for everyone who has helped me get this project off the ground.

too slow animation (imho), and ragged contour's on sprites,and background too contrasty.

but in general - not bad.

Yeah the background was a rush job done by a non-artist (me) by taking the foreground tiles, scaling them by half, then silhouetting them using an existing colour in the palette. It's good enough for the demo but I'll leave it up to a real artist to redraw it properly and dedicate some colours.

I think the concept is quite interesting, a lot of stuff i already done, the engine by itself (slop / collision ...) is quite impressive

I do like the hero style and the difference power he can have. Indeed i think having smoother gameplay will make the game better

I found the animations to be quite nice: especially the one in which the character was pushing the little ball along. As others have said, movement felt a bit sluggish.
Top

It's a quite nice project ... Great Artwork and great technic.
I really like it.
It's a work progress, so ... good luck, you are in the good way !

And, thanks to you website, I learn some 68K base ASM with your wonderful tips.

You should include a couple images in announcement posts, it's good PR.
Top

cero wrote:You should include a couple images in announcement posts, it's good PR.

I guess you're right! I'll add some.
A blog of my Megadrive programming adventures: http://www.bigevilcorporation.co.uk
Top

Another issue was that it was difficult to see platforms at night, so we've added a glowing moss coating to tree branches: 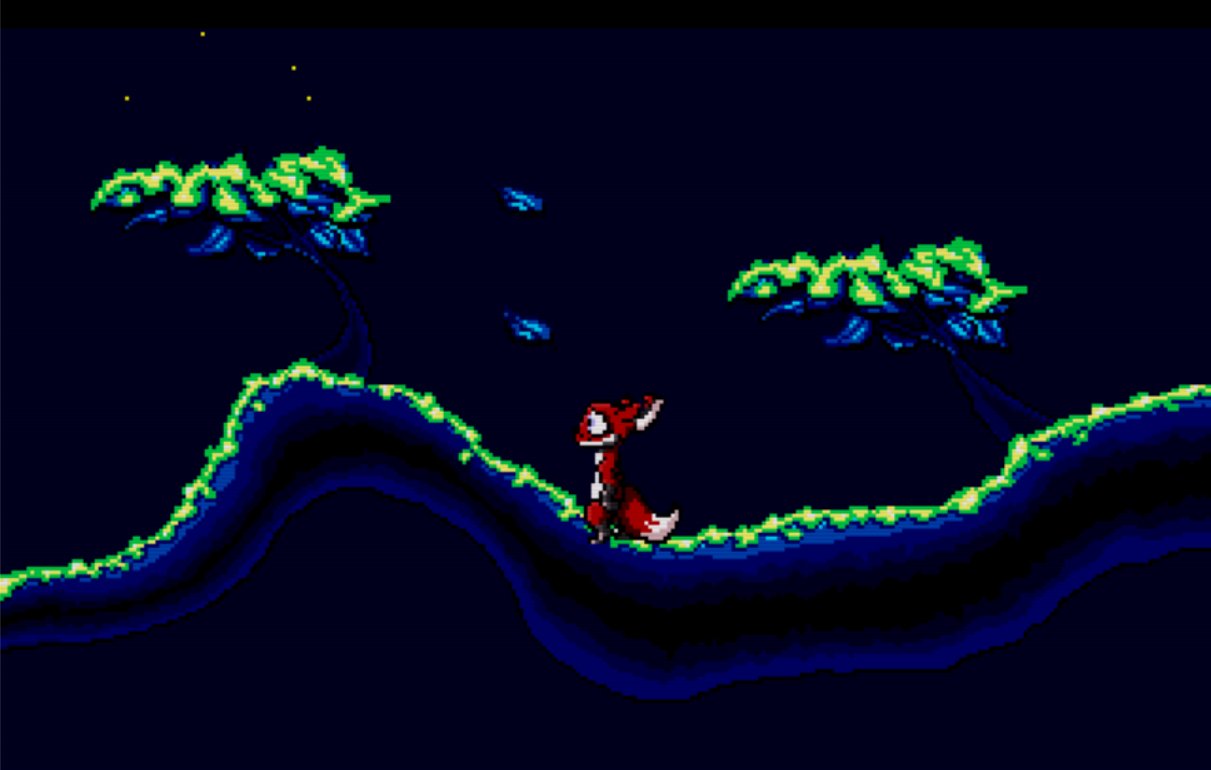 Lots more improvements coming over the next few weeks. I've tweaked velocities and accelerations, animation speeds, added support for two-layer collision data (so you can run alongside flues, but also jump to head down them - also means I can take the avoidance logic out of the Djakk monster AI), some new background tests (with less contrasting colours), test levels for new puzzles, improved firefly pickups, and more.
A blog of my Megadrive programming adventures: http://www.bigevilcorporation.co.uk
Top

I've got a playthrough video containing all the improvements mentioned above, more info here: http://www.tanglewoodgame.com/forum/vie ... p?f=6&t=13

I'll release the ROM soon, after I've made some fixes

A blog of my Megadrive programming adventures: http://www.bigevilcorporation.co.uk
Top

Beautiful game! That monster reminds me Another World on Atari ST!
Top

The changelist is absolutely massive so I'll spare you the wall of text. How about some screenshots instead? As usual, I'm open to feedback of any kind